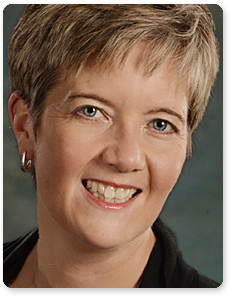 Elizabeth PaynterChoir Director (Arietta, Arioso)
Elizabeth Paynter has been a music specialist with the Calgary Board of Education for over 20 years and from early in her teaching career, began directing choirs in the Calgary choral community. Currently, Elizabeth is the artistic director of EnChor Chamber Choir, an auditioned vocal ensemble, One Accord, a 50 voice community choir, and she is the director of Music and Spiritual Arts at Scarboro United in Calgary, leading children, youth, jazz/gospel and chancel choirs. She is also in demand as a choral clinician in Alberta and British Columbia, and has directed and accompanied choirs during Naramata Centre’s “Music Week” summer program, where she is now on the advisory planning team. In recent years, Liz directed the Calgary Multicultural Choir, and was the artistic director of the Calgary Men’s Chorus. Melissa LeboAccompanist
Playing piano has been a part of Melissa’s life for nearly 30 years. She has accompanied various musical theatre groups over the years including Storybook Theatre, Front Row Centre Players, Morpheus Theatre, and the Painted Fish Performing Arts Society. Melissa currently plays for Mount Royal University’s Arioso and Aria children’s choirs. She is also the accompanist with the Cum Vino Cantus choir, under the direction of Jean-Louis Bleau and Michael Coburn, and the Calgary Multicultural choir under the direction of Nancy Thomson. Melissa recently accepted an arts position at Scarboro United Church working alongside music director, Liz Paynter. In her spare time when not playing piano or at her 9-5 job at a busy Toyota dealership, Melissa enjoys spending time with her family and her Great Dane, Steve. Lori FollisChoir Director (Ariel)
Lori Follis has been an elementary music specialist with the Calgary Board of Education. Lori began her teaching career as an early childhood music educator in her own studio. She has been the director of music in various churches, leading children’s and adult choirs, small ensembles and musicals. Lori is trained in the Orff-Schulwerk music pedagogy and has received a Bachelor of Arts majoring in voice and a Bachelor of Education. Lori believes that learning music and experiencing the joy of singing can have a positive effect on all areas of a child’s life.
Page load link
Go to Top